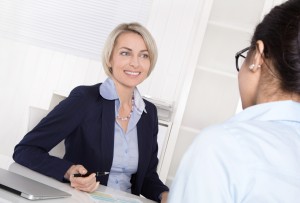 Joanna Betteridge lectures for Monash University’s post graduate program in Workplace Investigations and Misconduct.  She has conducted a great many workplace investigations for public and private sector organisations.

Only one of her reports (so far as she is aware) has been referred to in subsequent legal proceedings – Suleyman v The Speaker of the Legislative Assembly & Anor (Anti-Discrimination) [2011] VCAT 2305 (16 December 2011) – see http://www.austlii.edu.au/cgi-bin/sinodisp/au/cases/vic/VCAT/2011/2305.html. In that matter, her report was accepted by both parties.

At times, BLC may advise employers that the subject matter of a complaint is not appropriate for an investigation as it may, for example, refer only to performance related matters (not acts of misconduct or bad behaviour) or it may only contain very generalised allegations that cannot be fairly defended by the person so accused.  In those sorts of circumstances, BLC may recommend either an alternative dispute resolution process or a more broad based cultural or climate review where all members of a working group or department can be interviewed and a report provided to the employer identifying areas of dispute or dissent and recommendations to address those issues.

In the event that it is appropriate to proceed with a workplace investigation, Joanna provides a detailed and comprehensive investigation process and report, with common sense applied and practical observations made, strong evidence based findings and, where sought, recommendations for addressing any outstanding issues in the workplace.

Shorter reviews or briefer workplace snapshots can be organised but should not be understood to be as robust as an investigation if the matter ultimately ends up playing a role in legal proceedings.

Betteridge Legal Consulting is an Employment and Occupational Health and Safety Legal Practice and Consultancy. Joanna Betteridge is also an Accredited Mediator registered under the Mediation Act 1997. Joanna consults and advises on all aspects of employment law, legal compliance and risk management.